I’ve received a few questions about the details of the mathematics in my Divine 9 post, and why the Divine 9 theory qualifies as pseudo-science. In this post I’ll skip the musical part of the Divine 9 tuning, and will focus on the arguments about the divinity of the number 9.

If you take a look at the Divine 9 music site, you’ll read about the importance of the number 9 and how it should show up everywhere in nature. In fact, this connection with nature is based on spirals, the Fibonacci sequence, and the golden ratio. So far, so good. Both the Fibonacci sequence and the related golden ratio (I’ll get into the details), really do show up in nature. Interesting, but not that spectacular, since both nature and the Fibonacci sequence follow simple rules. Where it goes wrong is where the number 9 is lifted to a divine status. On the Divine 9 site, Gert Kramer gives examples of how the number 9 keeps showing up. Musical examples are John Lennon’s ‘Revolution 9’ and the fact that Beethoven wrote 9 symphonies. Conveniently, wikipedia maintains a list of song titles with a number in the title. Counting titles I don’t see a preference for 9. And though pi shows up, the golden ratio is missing. Wikipedia also features a list of symphony composers. Again, there are many composers who didn’t write exactly 9 symphonies.

END_OF_DOCUMENT_TOKEN_TO_BE_REPLACED 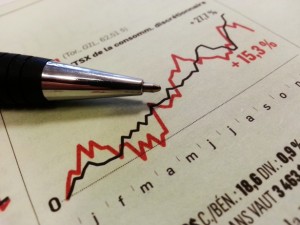 There’s only so many ads I can take before I get curious. After too many pop-ups about how to become rich I had a look at the Euro Millionaire System. I’m not brave (or stupid) enough to really give it a go, but the system itself is completely wrong. The ‘magic system’ contains a few mathematical tricks that help to convince you that you can’t go wrong, but actually don’t make sense. With the Euro Millionaire System you’re supposed to bet on binary options, using two simple strategies: one to choose which of the two options you have to bet on (up or down), the other to choose the amount of money you wager. I am not a stock expert, but let me try to explain how binary options work. The Euro Millionaire System video refers to Stockpair, a platform for binary options. The idea is that you guess whether for example the euro/dollar exchange rate goes up or down in the next 15 minutes. If you’re right you earn yourself some money, if not you loose. Not too different from playing roulette, except that one could argue that the exchange rate over a short period of time isn’t completely random. The payout however is much lower than in a casino.
END_OF_DOCUMENT_TOKEN_TO_BE_REPLACED