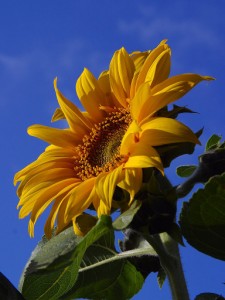 There’s nothing wrong with trying out different tunings, but the Divine 9 tuning somehow annoys me. More because of its presentation than because of the tuning itself. First of all I’m not sure whether it’s really an alternative to Equal Temperament. Secondly, the mathematics behind the importance of the number 9 and its relationship with nature is flawed. Finally, the way the number nine is part of the Divine 9 tuning is very artificial, and has hardly any influence on the tuning itself. From what I’ve heard of music played in Divine 9 tuning it sounds pleasant, but so does for example Pythagorean tuning (yes, my digital piano can play Pythagorean). I haven’t checked in which keys the Divine 9 example are, but I doubt it sounds that good in all 12 keys (which is exactly why we use equal temperament on a piano). END_OF_DOCUMENT_TOKEN_TO_BE_REPLACED